You guys are in luck! Three of these new releases made my list of top films of last year, and one was very close to making the final cut. The bad news is you won’t see much ranting today, but that means you can spend more money this week! 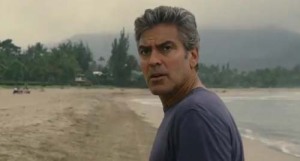 Ah yes. The most cynical movie of 2011 is finally out on home video. The Descendants isn’t mean spirited, but it does encourage us to not only pity the unfortunate events on screen but to also laugh at some of them. This dramady is run by some wonderful performances by acting veteran George Clooney and acting newcomer Shailene Woodley, who were the puzzle pieces Alexander Payne needed to make this film heartfelt and not a train wreck. The script is easily the best of last year, and the Hawaiian atmosphere is exquisite to look at and to feel. You may get sad or upset more than you will laugh, but I don’t think Alexander Payne would mind. This is probably the most hard hitting of Payne’s films, to be honest, but thankfully it also becomes one of his best thanks to everything going as planned. 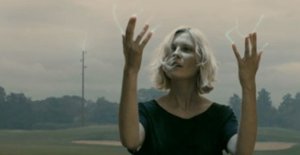 One of a few breathtaking art films of the past year, Melancholia is both an optimistic and pessimistic look at the potential end of the world. It’s unique because it bases itself primarily on the oddity of human nature as opposed to just the apocalypse alone. Kirsten Dunst and Charlotte Gainsbourg are incredible as the dueling polar opposites in regards to whichever situation they bicker about. Gainsbourg does a great job as usual, however it’s Dunst that is most surprising, as she proves that she can keep up with some of the most powerful performances of recent years quite easily. If you had doubts about her acting ability as I did, I suggest you watch this film just for her superb work. However, this film should not be watched just for that. It’s quite a breath of fresh air that will certainly stand out amongst other end of the world films for quite some time. 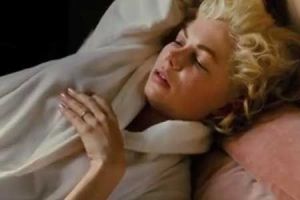 My Week With Marilyn

Whatever, Also the Runner Up
My Week with Marilyn
Rating: 8.7/10

This is a lighter biopic, even though it deals with dark themes like Marilyn Monroe’s mental troubles and question of identity. The mood and setting created are so captivating and lively. When it comes to the environment, this film was one of the best of the year, top five even. You truly feel as if you were transported back in time. Then there’s the acting that is well done by pretty much everyone. However, Michelle Williams, with what I feel is the best performance of 2011, lifts the film to unbelievable heights as Monroe herself. She walks every step as Monroe. She curls her fingers and smiles exactly the same way Monroe would. Even the way she blinks is just like the 50’s superstar herself. Had the film opened up enough room for us to truly see the lowest of lows that Monroe, and Williams, could hit, I could bet money that Williams would have won more awards and her performance would be up there with Cotillard’s as one of the best biopic performances of our time. However, as the film is only about a week in the life of Marilyn and Laurence Olivier’s film, we instead get a sweet, light look into the highs and lows of the production of this film through the eyes of a smitten assistant. Hey, that’s not so bad. It’s still quite the enjoyable film, and maybe it’s best that we didn’t dive into the darkest pits of Monroe’s mentality. 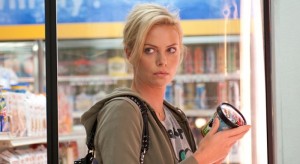 I won’t call Young Adult Jason Reitman’s weakest film. It just doesn’t sound right. In fact, to be honest, I preferred this film over Juno. While Juno was innocent and just silly (in a good way apparently), Young Adult is kind of like The Descendants, only not as extreme. It’s a darkish comedy (without becoming an actual dark comedy) about an adult that doesn’t know how to be a responsible adult, similar to Clooney’s character. Charlize Theron and Patton Oswalt are good as always, and the script is fairly well made. It isn’t Reitman’s tightest film, but it shouldn’t be regarded as a flop or a miss. It’s still worth checking out, and it kind of pains me that this film has somewhat been pushed to the side both in theaters and probably now with its home release (seriously, the same week as The Descendants?). If you want another good dramady after watching Payne’s film, or if Payne is just too cynical for you, then Young Adult may be what you are looking for.

Other releases I haven’t seen and thus cannot judge
-The Adventures of Tintin:  Looks pretty fun actually. I’m not sure why I haven’t watched this one yet (oh yeah, because I wasted my time watching Jack and Jill last week. Stupid, stupid, stupid, stu…)
-Happy Feet Two: Looks redundant, unnecessary, and unbelievably smarmy. I don’t care if the penguins are cute, this seems like trouble. However, if you like cutesy animated films that probably lack the depth Pixar films have, then Happy Feet Two could be your escape from reality.
-The Three Musketeers: I was excited, saw the trailer and was worried that I would be let down. The trailer looks about as appealing as a rotting mango. Another film I’m going to stay away from, but sadly I wish I didn’t feel this way.