5 Free For All Films 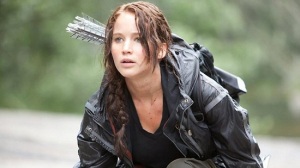 So, from what I know about this film everybody is going apeshit over, The Hunger Games is in fact not an eating competition but instead a film about forced survival. The story, from what I understand, is about putting contestants in a free for all game that gets watched by all as they strive to be the last one standing. While this concept has been done before, it still seems like an interesting story, and I will let you know what I think of it tomorrow night or evening. For now, I can only try my best to lead up to what could be the first big film of the year by showing other great films that are like it, as I hope that this film follows in their footsteps and hits all of the right notes.
Here are five great films about free-for-all survival
Note: these films are in order of how closely they resemble The Hunger Games and not in order of worst to best or vice versa. 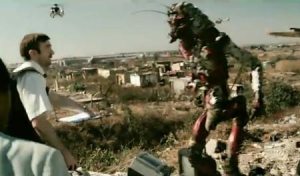 This film starts off as a mockumentary and an analogy about the apartheid in South Africa. Everything seems to be informative and interesting, and then our protagonist Wikus touches something he shouldn’t and starts turning into an alien. It’s neat because it’s the extreme form of one of those “we were wrong about them” movies, where Wikus would never have even cared to try to understand how the aliens feel unless the most extreme event happened (and it does). From that very moment on, the film shifts from a mockumentary to an action film and it begins to be anybody’s game. Everybody starts attacking the crap out of each other and complete chaos rules the screen. While it may not be the closest example of a free for all film, it’s still an interesting take on how a free for all can be spawned. 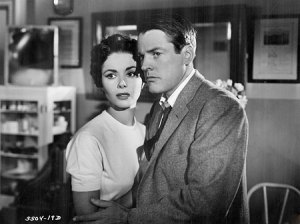 Invasion of the Body Snatchers

4. Invasion of the Body Snatchers

I know, I know. This is a difficult list to have straight forward examples with, but I feel that this definitely applies. I mean, it’s not your typical zombie or science fiction movie. Sure, people get infected and it’s contagious as they infect those around them, but this film is still different. In this film, you have no way of knowing who is infected until it is too late. The infected look just like normal people, really. So, those that are clean and those that are on a rampage all look… normal… Tell me this doesn’t call for some free-for-all freaking out. 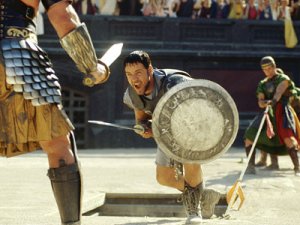 Here’s another spin on this kind of story line. Gladiators always were about trying to survive life threatening battles while they were watched by savage onlookers. Makes sense that a film about said fighters would follow suit. Maximus was turned into a slave and was sent to fight as the lowest of low fighters, where the games are rigged and the slaves are almost always the losers. Whether you get put up against a guy in full armor and a trident when you have just a sword, or you get put up against men in chariots with whips, or even if you have to fight a fellow slave you have come to befriend, in the end you fight for yourself and no one else, and that’s exactly what Maximus did. 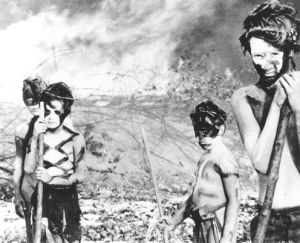 Lord of the Flies

2. Lord of the Flies

Ahh, now we’re talking. This is more like Hunger Games (but I have a film with a  much closer resemblance, just wait). Most of us know this story about a group of schoolboys that are stranded on an island after a plane crash, of whom are forced to band together and find a way to survive. Of course this doesn’t work out too well. Near the beginning, the boys already break off into two separate groups, and it only goes downhill from here. Everybody essentially loses their mind. Whether they believe they are still a part of a group or if they made it blatantly obvious that they have left the group, everybody is pretty much for themselves here. It’s an interesting tale of psychoanalysis through survivalism. 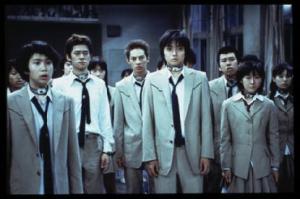 Alright, there is no film closer to what Hunger Games is than Battle Royale. Look at it: Young teenagers tossed out into a secluded area to fight for themselves until one of them is left standing. It’s almost exactly the same. However, I have a feeling Battle Royale is far more twisted. This film is infamous for its graphic violence and disturbing content and was even banned in many countries. It was also frowned upon for its depiction of a twisted and vile government that organized this event in the first place. Either way, it’s a pretty fun film after saying all of that. If you’re up for an absolute gore fest that actually has a pretty good story, then Battle Royale is for you.

This entry was posted in List Thursdays, Miscellaneous and tagged battle royale, district 9, gladiator, hunger games, invasion of the body snatchers, lord of the flies. Bookmark the permalink.